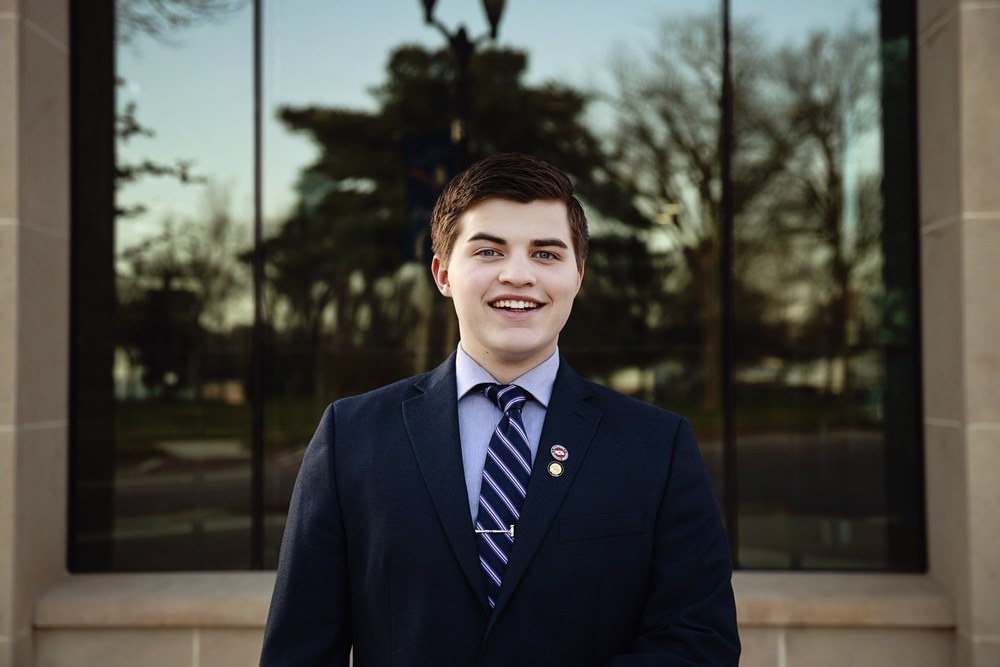 Fillmore Central FBLA is proud to announce that Wyatt Nun has been elected as the 2020-21 Nebraska State Reporter.  This has been a goal of Wyatt’s since his freshman year, and he has spent considerable time since December working towards this honor.  The process began back in December when he completed an application that gained him an invite to officer screening day.  After passing a knowledge test and successfully completing an interview with the FBLA Board of Directors, Wyatt’s name was placed on the ballot.  Wyatt created a campaign centered around the theme, “Elect Wyatt and ‘Nun’ of Your Time Will Be Wasted.”  He solicited financial support to create his campaign materials which he and the chapter had been eagerly awaiting to disburse until the disappointing news of the conference’s cancellation.  State FBLA was determined to carry on with at least the officer elections by holding a virtual campaign.  Wyatt filmed his two-minute speech which was uploaded to the State FBLA website along with pictures of his campaign booth.  He also participated in an on-line formal caucus where he answered questions submitted by members across the state.  Voting took place between April 10-13 with the announcement that Wyatt had won his office over an opponent from Chadron. Wyatt has been virtually installed into his office and will be working over the summer with the new officer team to plan activities for the upcoming year.