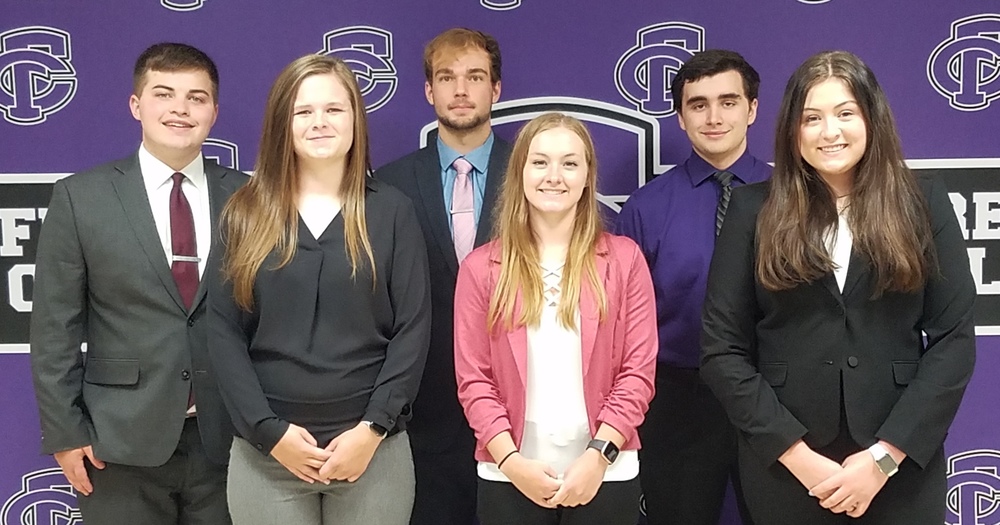 Six Fillmore Central students attended the virtual FBLA National Leadership Conference (NLC) June 29, 2021 through July 2, 2021.  Students attended virtual workshops throughout the day and met each evening for group sessions.  These six students qualified to compete in events at the Nebraska State Leadership Conference which was held in the spring.  Qualifying for NLC were Wyatt Nun in FBL, Alexandra Howell in Intro to FBLA, Jacob Nichols in Computer Applications, and the team of Claire Kimbrough, Kali Nedrow, and Isaac Janing for the American Enterprise Report.

Other activities were watching keynote speaker Aron Ralston, author of the book Between a Rock and a Hard Place and whose life-altering experience was the foundation of the movie 127 Hours; hearing a speech from Gitanjali Rao, Time Kid of the Year; collectively writing a new FBLA leadership anthem; being amazed by Alan Chamo, M1ND H4CK3R, who performed a live interactive magic and mind-reading show, and watching awards ceremonies.

Wyatt Nun brought home a 5th place award in the FBL competition.  This is one of the highest awards received at the National level.  Three representatives from each state were selected to compete with the top 15 being called back for a second interview.

The Fillmore Central FBLA Chapter received the Gold Seal, Chapter Challenge and National Outstanding Chapter awards.  These awards take a tremendous amount of work on the part of the members to receive.  While none of the other individual competitors finished in the top ten, we are proud of their hard work and dedication.  Congratulations to all of the Fillmore Central competitors!