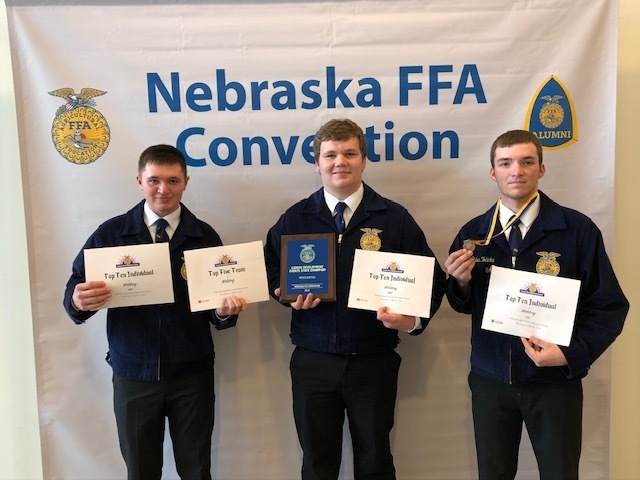 Our chapter also had 7 members receive their State FFA Degree. These members were: Kyle Broman, Dylan Vodicka, Gunnar Chapman, Abbi Smith, Chloe Stofer, Avis Koca, and Sydney Simacek. Congratulations to all who participated. Thank you to all the parents and coaches who helped preparing for state easy. Also thank you to the parents that helped out during convention to make the days easier. 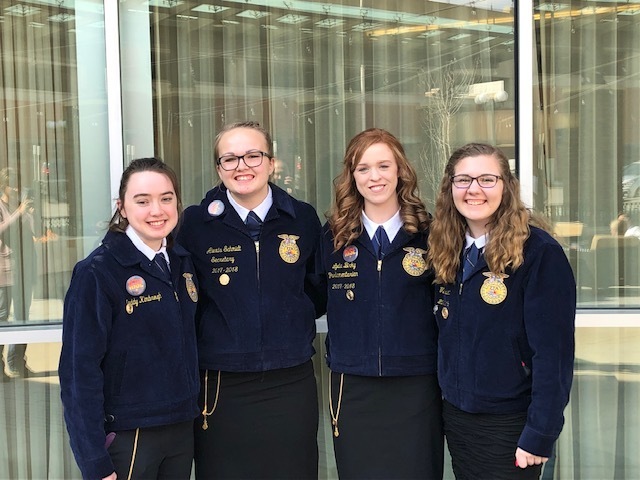 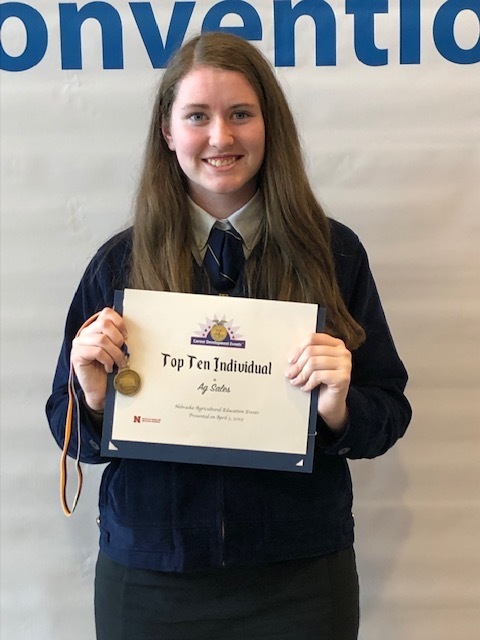