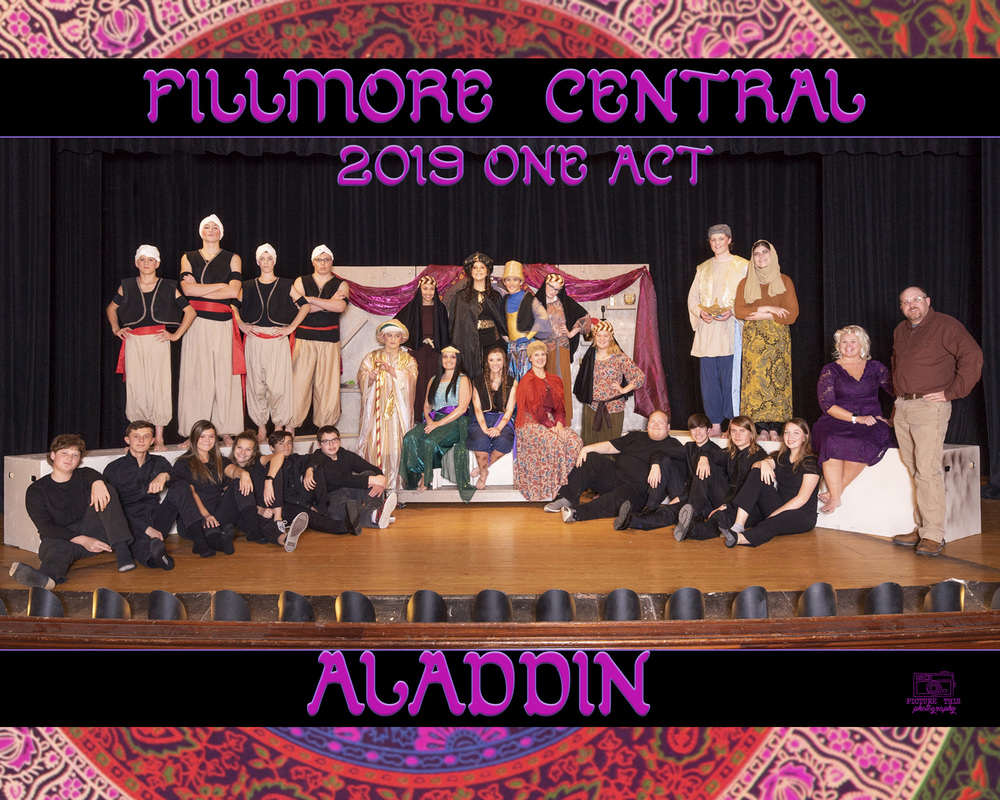 The FC Players competed in the Class C1-2 District Play Production
contest on December 4, 2019 at Centennial High School. FC finished the
day with three superior ratings, and six individuals earning honors for
their acting efforts. Those performers are as follows:

The Fillmore Central production of Aladdin will host the Encore Performance on Sunday, December 15, 2019 at 130p at the Rialto II Theatre. Everyone welcome.