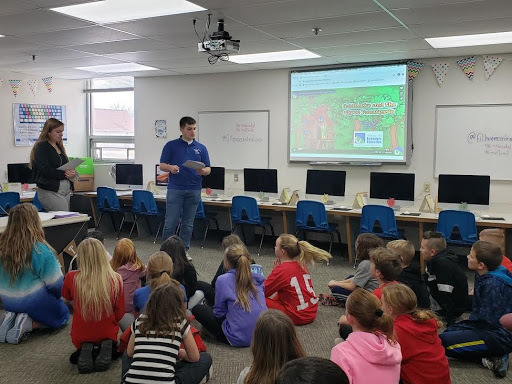 The Fillmore Central FBLA chapter sent selected members to the Fillmore Central Elementary School on February 5 and February 6 to teach the fourth-grade class about password safety. The chapter has been conducting a multi-month project aimed at educating various demographic groups about cyber security and the effects improper internet use can have on one’s finances.  Jacey Wit assisted the FBLA members by allowing them to visit her class during technology time.

The members showed a video about “just right” passwords called Goldilocks and the Three Passwords. The members then showed the fourth graders a website that lets one see how long it would take hackers to figure out personal passwords. A survey was then handed out asking what they had learned during the presentation.