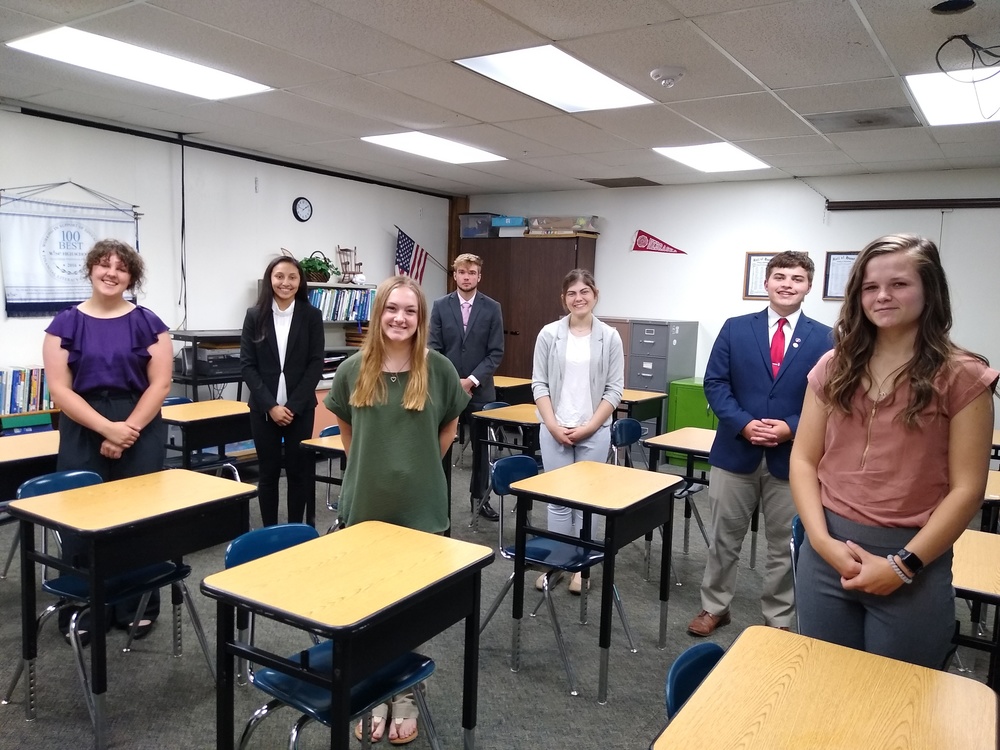 Three Fillmore Central FBLA members were announced as national award recipients on June 14 when recognitions from the recent National Leadership Experience were published.  The American Enterprise Project conducted and written by Isaac Janing, Kali Nedrow and Claire Kimbrough received second in the nation for their entry.  The project was conducted throughout October to February of the past school year and involved many activities to provide an awareness of wise cybersecurity practices in one’s personal and business online use.

The project’s strength was the collaboration with local business leaders from the Chamber of Commerce and Rotary Club, and the FC FBLA is very appreciative of the support received from the local business community in carrying out the project.  Fortunately, the group had submitted their entry early in February before COVID altered the school year.

Over 8,000 competitors participated in the FBLA National Leadership Experience.  Among those were seven qualifiers and Adviser Cindy Talley.  Besides the American Enterprise group, Abbey Parten and Wyatt Nun competed in Chapter Annual Report and Abbey Parten, Emily Bonilla, and Grace Probasco qualified in Emerging Business Issues.  Both groups submitted previously prepared reports or presentations from work done in February that placed in the top three in the virtual Nebraska State Leadership Conference.  A one-time experience of taking a national test without state qualification was also offered this year, so Isaac Janing took the Intro to FBLA test along with Claire Kimbrough who competed in Accounting I.

The group social distanced at school to attend the Mountain Plains  meeting, and opening and closing sessions of the on-line conference.  At the Mountain Plains meeting, Fillmore Central was announced as a recipient of the September Sweeps and Non-stop November challenges, and also was named as a Gold Seal Chapter of Award recipient.  Most of the conference occurred between June 29 and July 1.  The Nebraska delegation met via Zoom where Fillmore Central’s Wyatt Nun made his state officer debut.    On the second day of the conference, FC delegates were asked to attend two of the four Leadership Content Workshops.

Results of the virtual national conference have been anxiously awaited and bring closure to the 2019-2020 school year.  Announcements were made in a special edition of the national FBLA publication, Tomorrow’s Business Leader.   Chapter members were excited to see that the above picture of the chapter delegates attending the opening session was featured also in the publication. 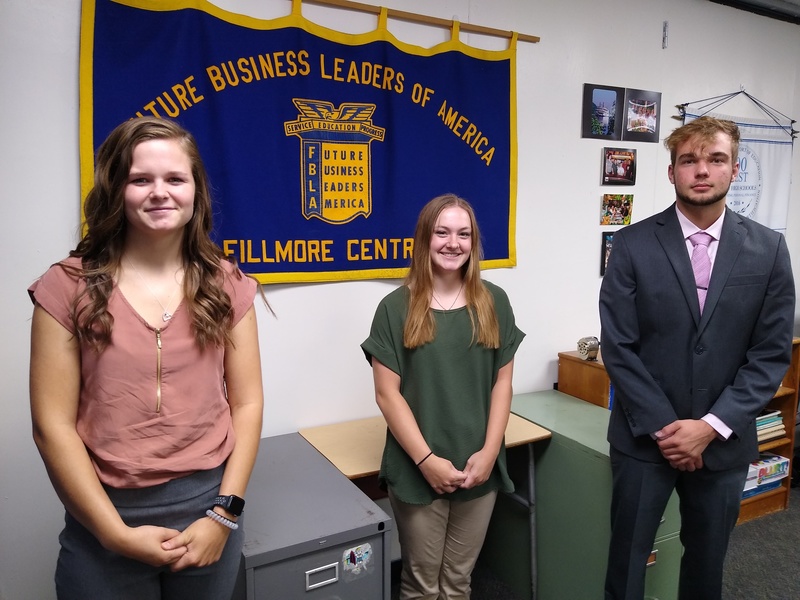 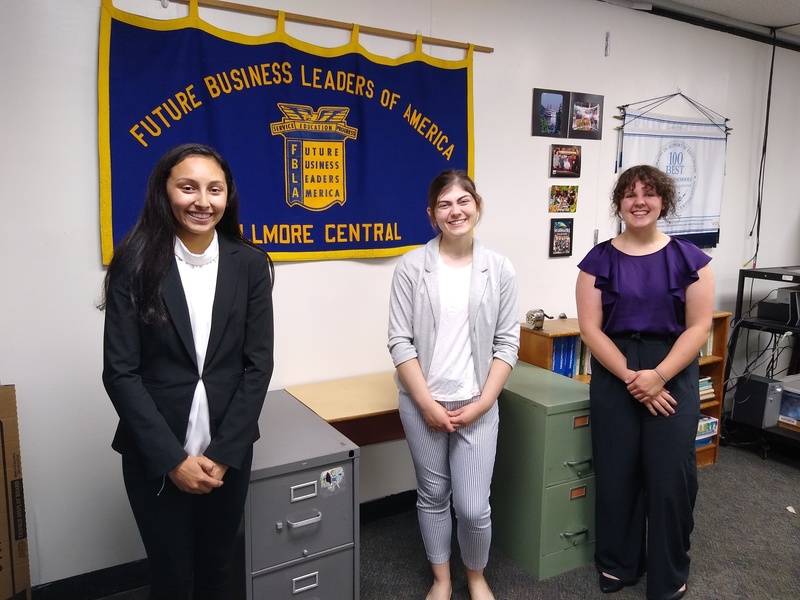