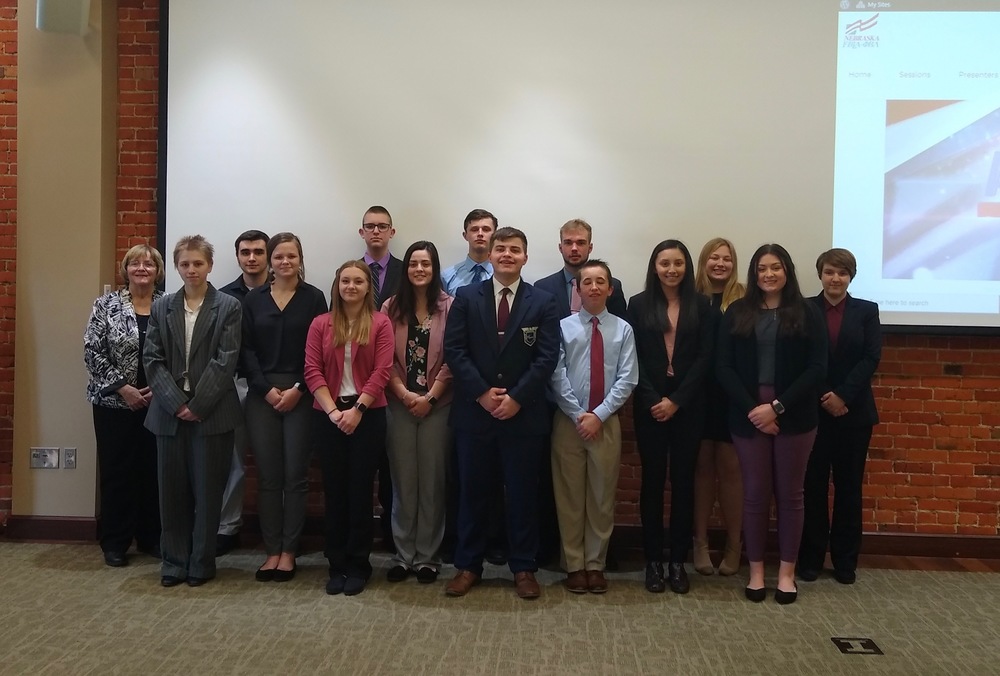 Fillmore Central FBLA participated in the 2021 Virtual State Leadership Conference April 12-14.  The keynote, workshops, and awards session was held on April 14 and fourteen members attended the conference at the Heartland Bank Conference Center.  During the day, 20-21 State Reporter Wyatt Nun facilitated several sessions, assisted with officer elections, and participated in the installation of the new officer team.

The chapter had completed many ribbon projects throughout the year and was recognized for completion of the Sweepstakes Award, Connect2Business, Foundation, March of Dimes, Feed Nebraska, Go Green, IGive, Seven Up, and Stepup2Tech projects.  Jill Schmidt was recognized as the chapter’s nominee for Businessperson of the Year, and Katy Nun received the Star Volunteer award.  Adviser Cindy Talley and chaperone Katy Nun sponsored the group for the day. 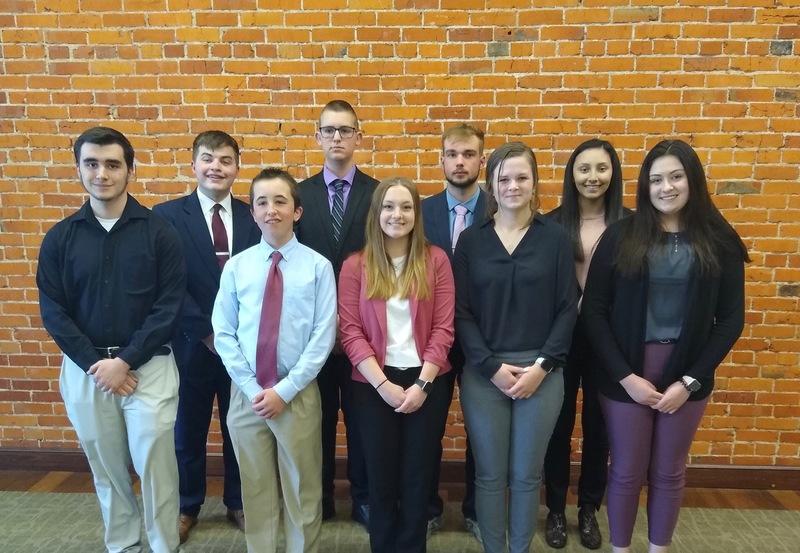 Businessperson of the Year: Jill Schmidt with the FBLA officer team. 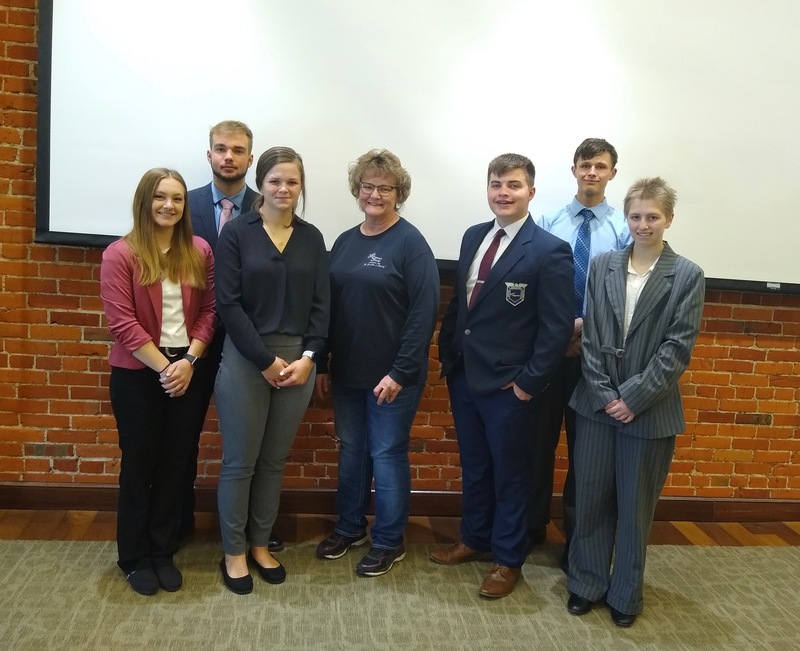 State FBLA Officer Wyatt Nun paused for a picture between all of his responsibilities. 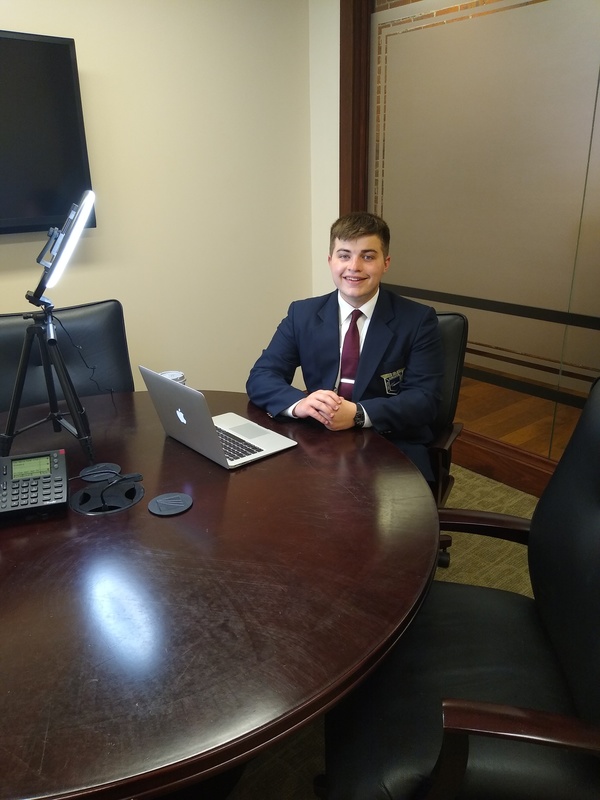 Students in their Zoom sessions.